Xenia, Ohio is a city.

Xenia, Ohio is as large as it has ever been. In 2018 Xenia had its largest population ever.

Xenia, Ohio's growth is about average. 48% of similarly sized cities are growing faster since 2000. 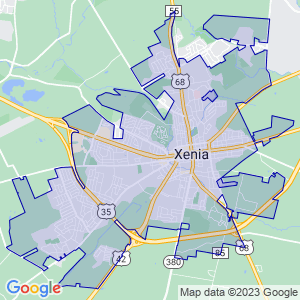