Norwood, Ohio is a city.

Norwood, Ohio is currently 16.0% smaller than it was in 1990, the year of its peak recorded population.

Norwood, Ohio's growth is extremely below average. 91% of similarly sized cities are growing faster since 2000. 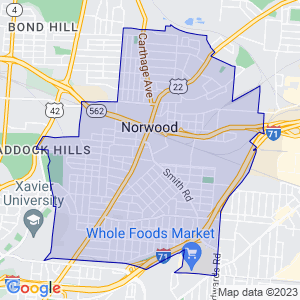